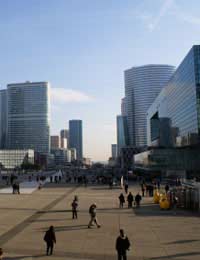 Learning about the cultural differences between France and the UK are part of what makes your new life in France so exciting. Yes, it can seem frustrating at first when you are trying to be respectful but get the distinct impression that you have done the wrong thing, but in time, you will feel comfortable with the variations.

French people are generally more relaxed and less up tight than their British counterparts, but there are a few key areas where it is important that you understand how French people are expected to behave. Although new expats are not expected to know every detail regarding good manner in France, you can aim to defy common expectations and learn the proper way.

Although the French are often considered more relaxed, they do have some particular areas of formality that it would be wise for you to take on board. This is especially the case in terms of using people's titles, such as doctors and lawyers. You are expected to use their job title, rather than their surname. There is also an unspoken rule that you say hello and goodbye when you enter and leave a shop, even if you have just popped in to browse. British people and Americans who just go into a shop and start looking at the products on the shelves are considered the height of rudeness.

Practically the whole of France shuts down for July and August. Many people have a holiday home in the mountains, at the beach or in the countryside and indeed many Parisians judge colleagues success on the location of their second home. If you require any building work to be completed, remember that work will invariably stop for at least a few weeks during this time. The roads are also busier during these months and, if you live in a popular area, you will find that your town or village is busier, too.

The French enjoy a good heated debate, with no sense of offence or personal criticism intended. A person who is able to put forward a reasoned argument and participate in such a conversation is appreciated in France. This is often seen as an enjoyable way to end a meal, so do not be offended if a political or social conversation ensues. Just join in and make your case!

The family is a respected unit in France, with people very keen to defend and support their own. This is very different to the ASBO culture in the UK, where negligent parents will happily criticise the school for their child's behaviour, in that French families are keen to teach their children good manners, offer them emotional and financial support and to encourage them to study. As such, you very rarely see children misbehaving in supermarkets, or on the street.

French is the only officially recognised language in France, even though there are a number of other languages spoke. The French are very proud of their language, so even as a new expat, it is a good idea to try to speak French as much as possible. It is far better to say, in French, that you are not able to speak much French, rather than just go straight for speaking English. If you are polite, people will try to help you.

There are also a number of grammatical rules that pertain to social etiquette, notably the 'vous' and 'tu' form for 'you'. The best way to avoid offence is to address everyone as 'vous', if they are happy for you to use 'tu' they will tell you.